No Fear of Giant Fingers 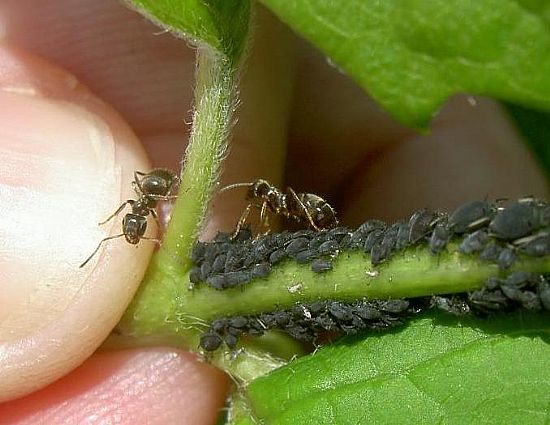 These 2 Lasius niger workers were out foraging in our garden on May 21st 2008. My wife Jenny found that the best way to take this photo without the wind blowing the bush, and making the shot go out of focus, was to hold the leaf of the plant with her fingers. Both of these worker ants stopped milking their their aphid herd to investigate what was happening; and as you can see from this photo, they show no fear whatsoever of thing which are much larger than themselves, which in this case were my wife's fingers. 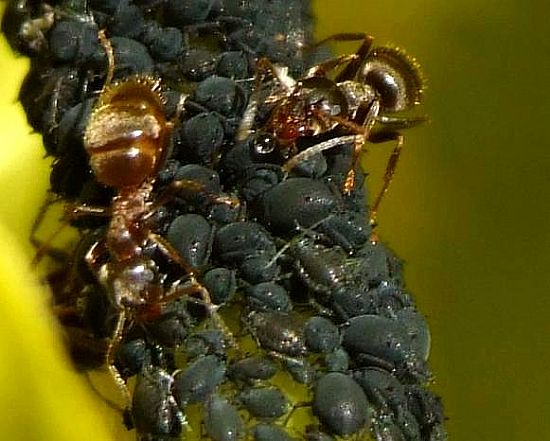 I imagine that many of you thought this page was going to be all about ant farms? Sorry if you're disappointed, but it about ant species which have a symbiotic relationship with other insects; and how they use them much in the same a human dairy farmer will milk his own herd of cattle.

In our garden we have several large nests of the common black ant species Lasius niger. This ant is very omnivorous in its dietary needs, but like many other ant species it does love sweet liquids. By tending herds of aphids (Greenfly or Blackfly) worker ants will 'milk' aphids by gently stoking the rear of the aphid's body with their antennae (feelers). It has been said that the rear of an aphid looks like the head of an ant, but I am sure that the ants do not mistake their aphids for other ants, as they will eat them in times of hardship. Aphids gorge themselves by constantly sucking out the sap of their favourite food plants, which in this case was a Valerian plant; and the excess sap contains a high volume of plant sugar very similar to honey. After stroking the aphid, it excretes a droplet of exudated liquid. Ants eagerly lick up this liquid and then store it inside their crop (1st stomach), which is actually a pouch from which liquid food can be regurgitated. This food is then passed onto other ants inside the nest via the process known as trophallaxis (mouth to mouth exchange). This energy giving food is rarely used to feed the larvae, as they require a high protien diet, but it is greatly accepted by adult ants. 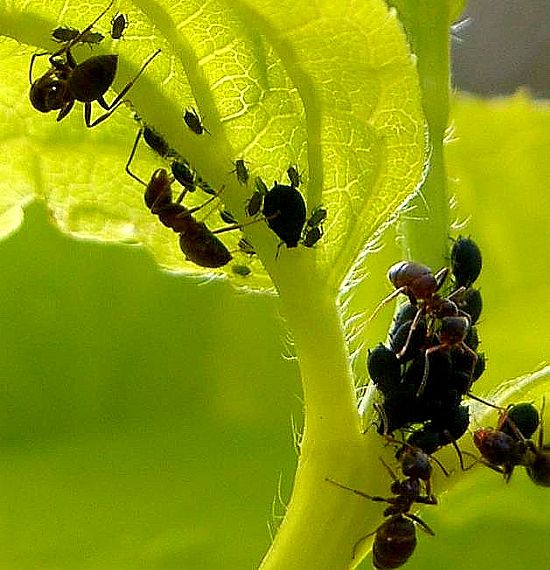 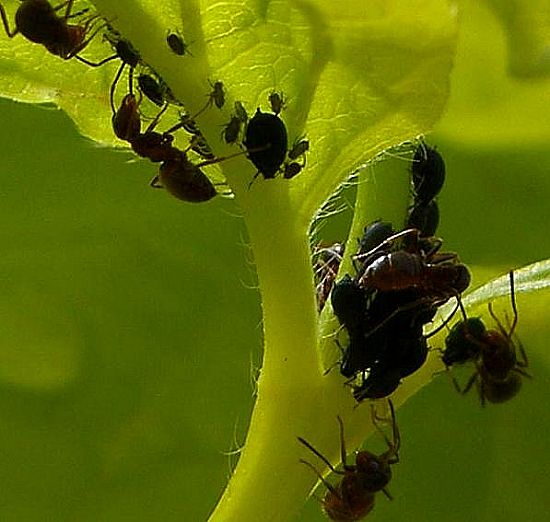