An ant nest is a complex system of tunnels and chambers, much like a group of tiny caves, as anyone who has been down a series of caves will know. Ants do have eyes, and can see for short distances; but as it is totally dark underground, how do they find their way around the tunnels? Look carefully at an ant, and you will see that they have what are called antennae (which are the feelers). These are used to touch and feel, not just to find their way around the nest with; but also to "talk" or communicate with their sisters!

Each ant in a family group gives off a scent (pheromones) which all related members of the nest know and recognize. Any ant from a different nest/colony not having the same scent is attacked, and often killed if it is not fast enough to escape, as ants are extremely hostile to all outside of their own family; even if the enemy ants belong to the same genera or species. 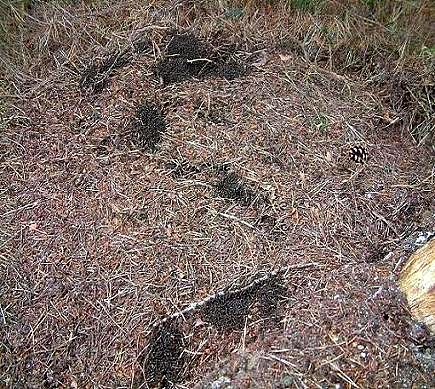 Above is a typical Formica rufa (wood ants) nest mound. This photo was taken in April when the ant were out warming themselves in the sunshine. Note that the mound at this time is rather flattened by the winter weather, as wind and rain wash down the impressive large mounds that can be seen from June onward into late Autumn. 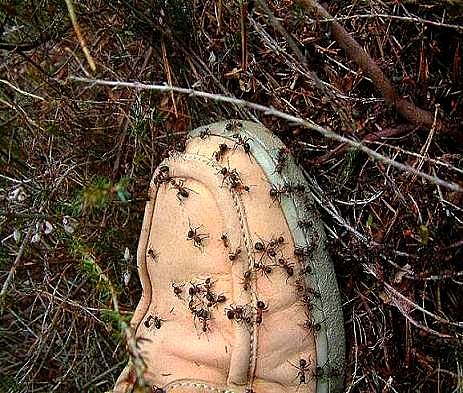 See how aggresive and territorial wood ants are when defending their nest. I put my foot near the mound perimeter and the ants attacked within seconds, swarming around my shoe.

Wood ant nest mounds can be found near roads or hidden away, just as these 2 photos show. I held back the bracken so my wife could take these photos. 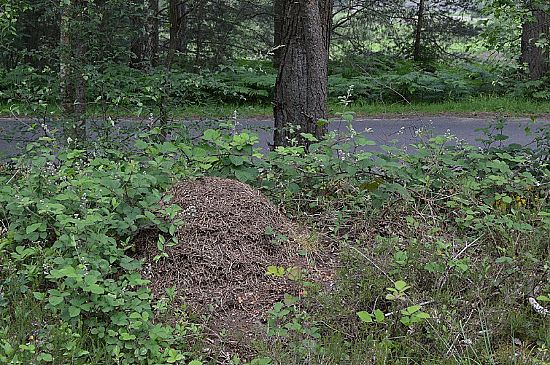 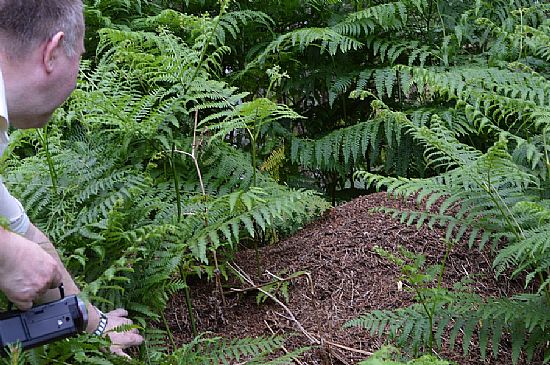 Ants which nest in soil may sometimes share their nest space with another species. Here a nest of Myrmica rubra was existing peacefully alongside a colony of Lasius flavus. The brood is mainly M. rubra larvae, but some flavus larvae is also present. 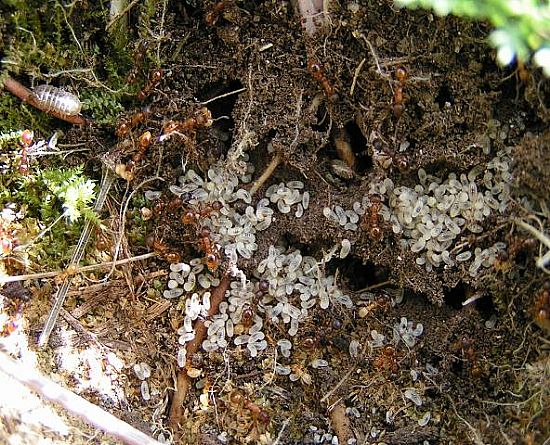 Below is a typical soil nest made by Lasius niger under paving slabs in my own garden. 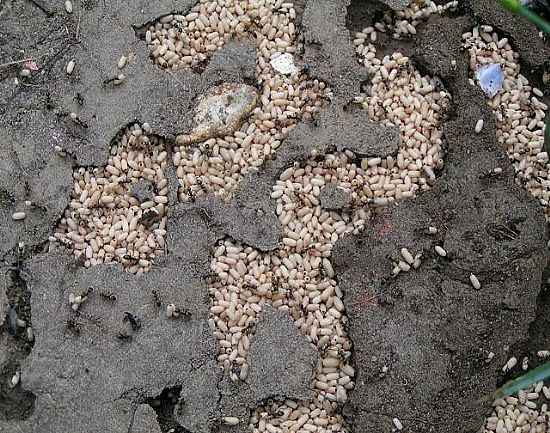 Note the large number of cocooned pupae a wild nest can produce, and also the winged alates prior to the mating flights. 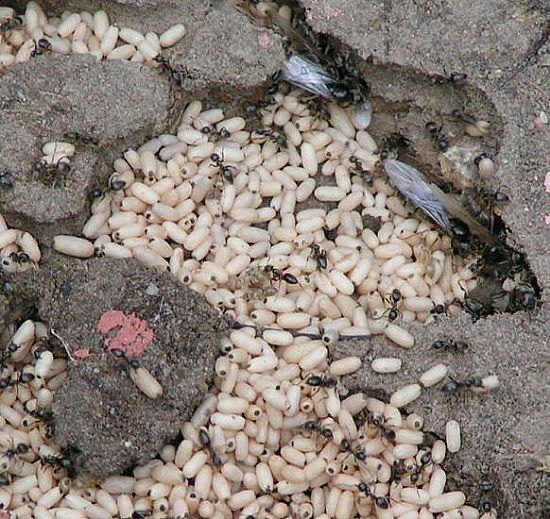 Soil nests can be quite impressive structures which contain many tunnels and large chambers.