Leaf Cutters and other tropical ants. 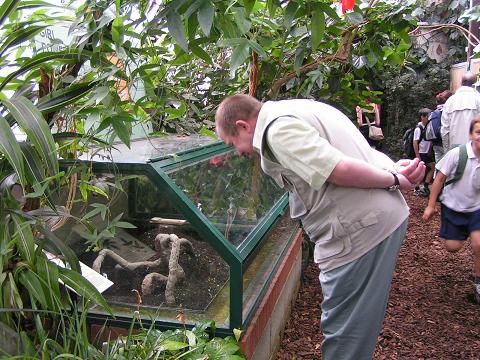 Yours truly looking at the large Atta ant complex they have in the Tropical House at Marwell Zoo near Winchester, Hampshire, in England. These are South American leaf cutter ants, and are not native to Britain. They require a special set up, with high humidity and tropical temperatures. Many zoos keep these ants, owing to their habit of cutting leaves, which are then taken into the nest as compost for their fungus gardens; this makes them highly educational.

A lady keeper my wife and I spoke to told us the colony had started off with just 1 queen and 40 workers. After just a few months, the colony is already producing soldiers, and has several hundreds; if not thousands of workers. Atta queens can produce thousands of eggs, and colonies in the wild can reach 2-3 million ants; though it will not get this large in a captive set up. 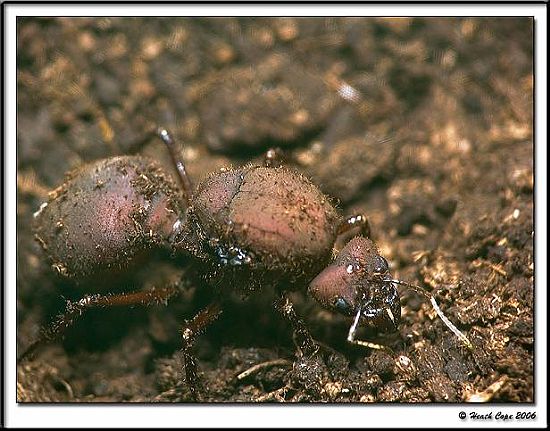 Here we see a large Atta cephalotes queen on her fungus garden surrounded by her loyal worker daughters. 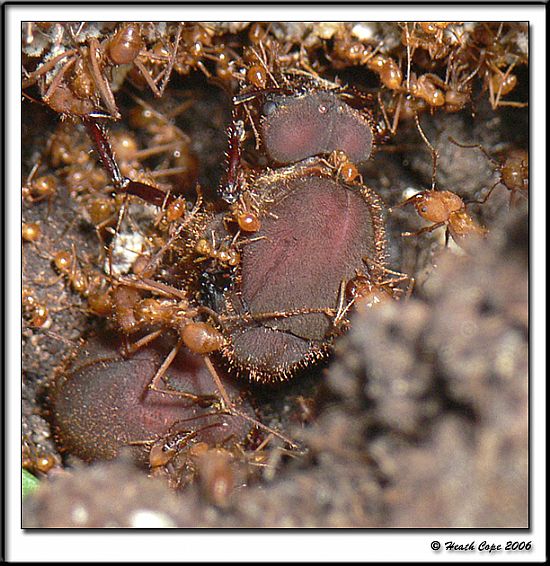 Atta cephalotes workers are excellent gardeners, and use their mandibles to cut up pieces of leaves, which are then carried back to make compost for their fungus gardens. A member of our Ant Hill World has made a lovely set up in which to keep these ants, and has very kindly given his permission for me to place just some of his excellent photos on my Leaf Cutter Gallery. 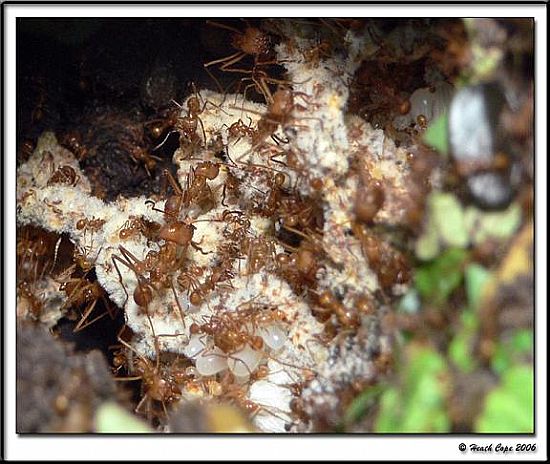 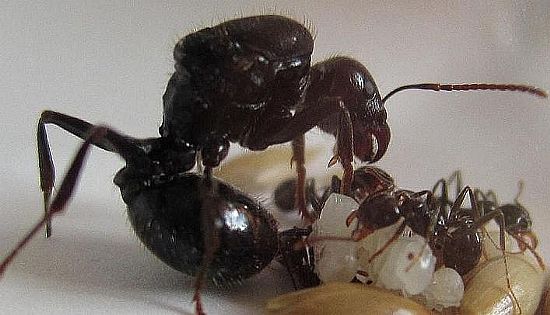 A typical M. barb queen and her workers during the early stages of colony founding. Later generations of workers develop into different caste sizes, such as minor, media or major. When a colony becomes old enough and well established it will have super-majors, but although these act like soldiers within the colony, they are not strictly speaking a "soldier" caste. 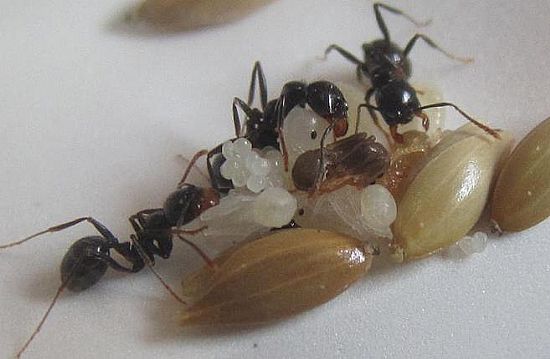 Note the darker pupae which is near to becoming an adult ant, by comparison to the white immature ones waiting to develop. Also the clutch of eggs shaped like little golf balls.

Found in many areas of Australia, these ants are very aggressive and of called "Jack Jumpers" as they can jump as though catapulted from a springboard. Bull ants, or Bull Dog ants are they are also known as, are found in many parts of Australia and Tasmania. All of these photos of Bull Ants (Myrmecia species) have been taken by James Bonning, who lives down under in sunny Australia. My thanks go to him for giving his kind permission to use his photos on my site. Cheers mate!!

Bull ants can be red, brown or black in colour; and workers may be over a centimetre in length, with a very nasty sting. They are fearless warriors capable of jumping a fair distance when attacking, earning them the nickname of "Jack Jumpers", as they also have excellent vision for ants and can see an approaching human from a good distance away. Being stung by just one of these ants is extremely painful, and can cause a person to go into anaphylactic shock and heart seizure; especially if you happen to be allergic to the toxins found in their venom, and requires immediate life saving hospital emergy treatment.

Anyway, enough said on that score, as I do not wish to scare anyone; and it is a rare occurrence for such a thing to happen, as more people are likely to be bitten by a snake or spider than stung by these ants, but it still pays to keep a safe distance. 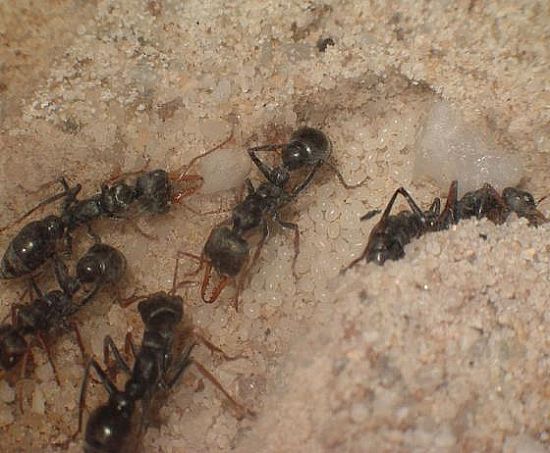 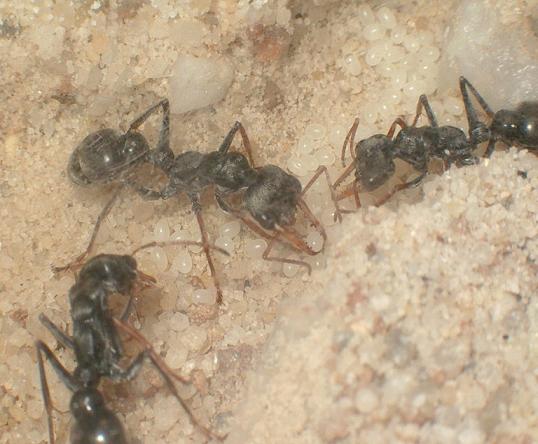 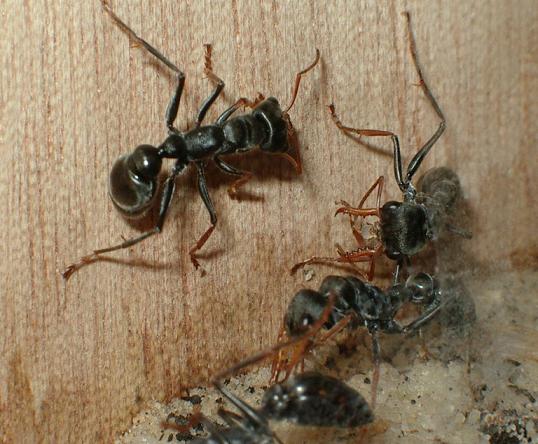 This is a captive colony which clearly shows the eggs are not pierced open by the serrated jaws of the workers, as they hold them so gently with tender loving care.