What is an Alate?

Any ant that has wings is called an "alate" and these generally include all male ants, and most sexually mature females which are capable of mating. While worker ants are basically female and can lay eggs, owing to the fact that they have under-developed ovaries, a worker ant does not have a sperm sac unlike a young queen ant which is able to store spermatozoa (sperm cells from mating with a male ant); and therefore a worker can only lay infertile eggs, whereas a queen lays fertilized eggs which hatch into any caste or gender.

These 3 photos taken by my very good friend Wes Offi are of a male (Drone) and a female (Queen) Formica lemani. The male is the top photo with the female below and 3 young queens in a group below her. 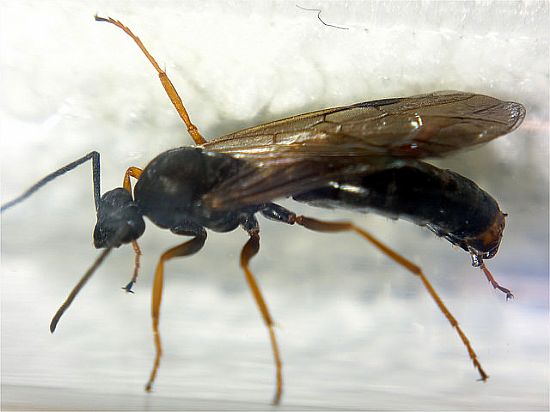 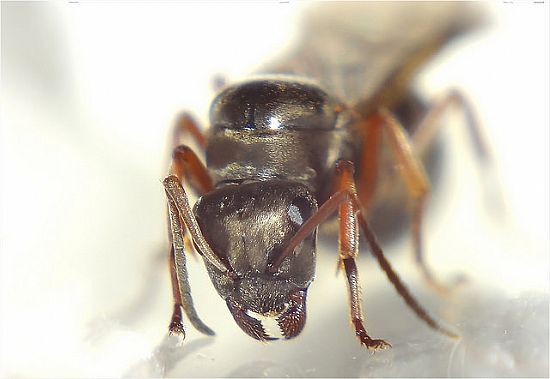 A group of 3 winged female Formica lemani shown below. 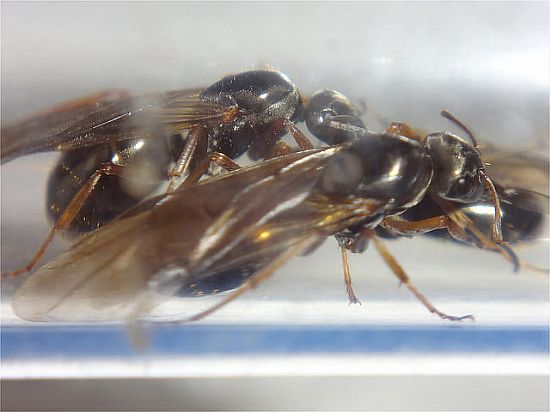 So why do some ants have wings while other don't? The answer is that wings carry the genetic code of a species to a wider area, which is limited if the ants had to walk from their nest. So a mating flight makes sense, as it means they can transfer their genes to other non-related ants, usually within the same species, as it is rare to find cross breeding with other species; and then it is kept within the same genera.

Here we can see examples of ants with wings. Note that male ants have straight antennae, while the young queens have the typical "elbow" joint that is found on worker ants. 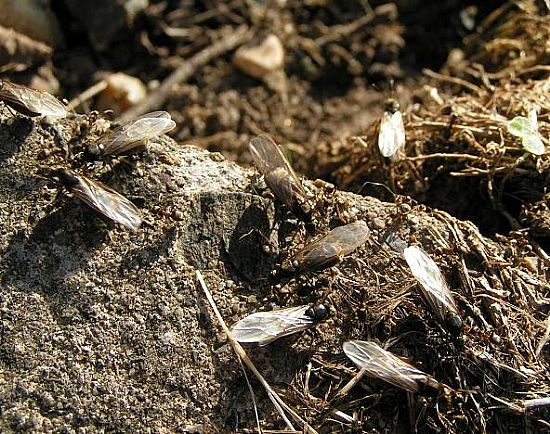 This photo taken by my wife clearly shows male ants. 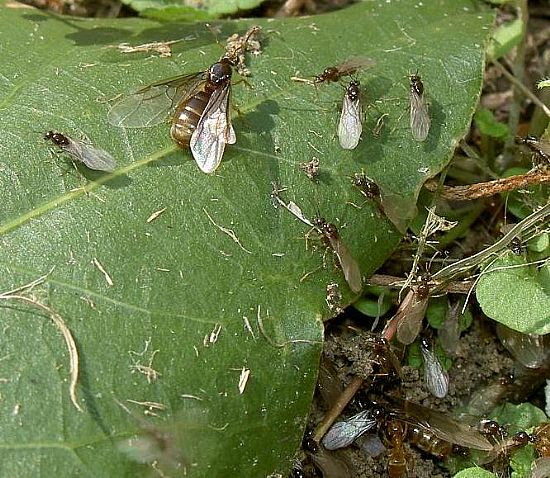 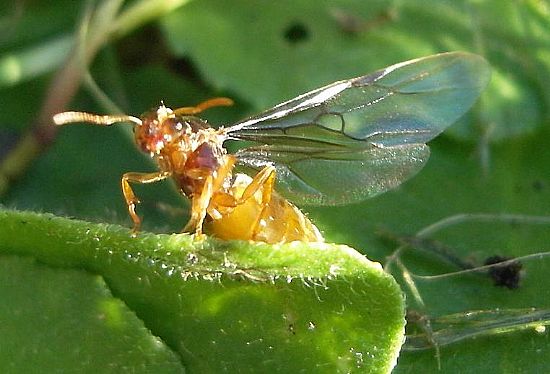 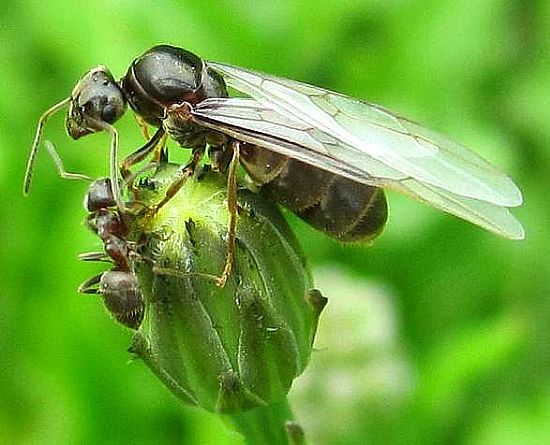 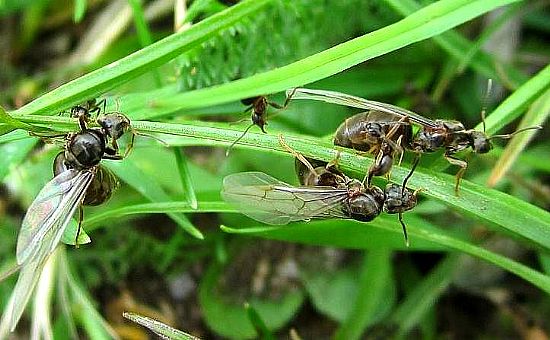