This is a new colony I am keeping in 2017. My hope is it will grow bigger as it only has 3 workers, 2 larvae and 1 queen. She did lay eggs, but these have been eaten.

Got this lovely colony in July 2015, an ant species from Japan and Taiwan. 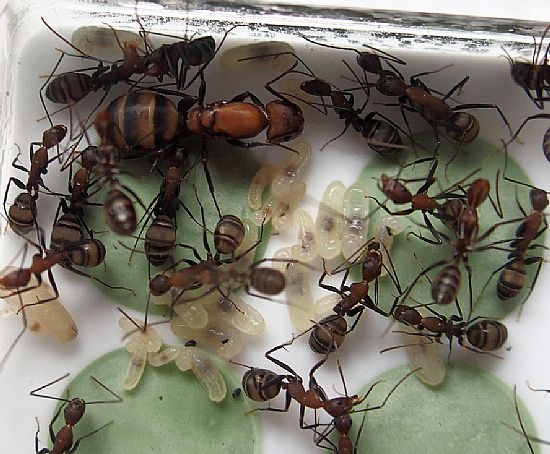 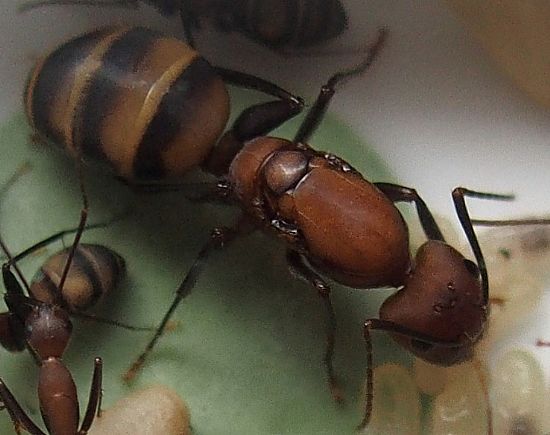 I have kept this species before with 2 queens, but my current colony has only 1 queen. 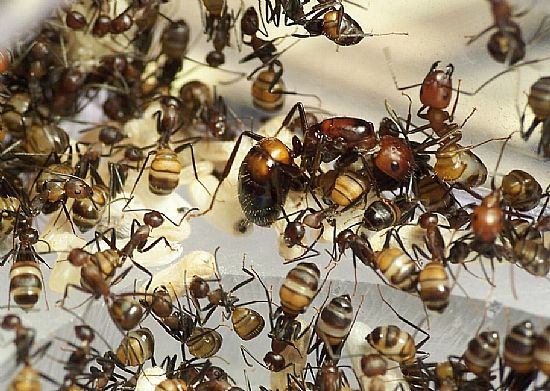 I recently acquired a colony of this species with 3 queens and between 70 to 90 workers. Here is a photo taken by my wife of a worker cleaning herself by hanging onto the glass wall of their tank home. They are a lovely colour when viewed in sunlight. 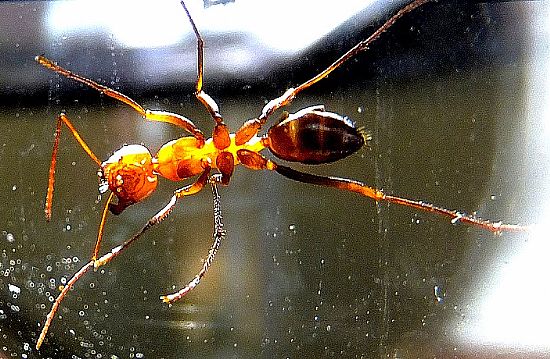 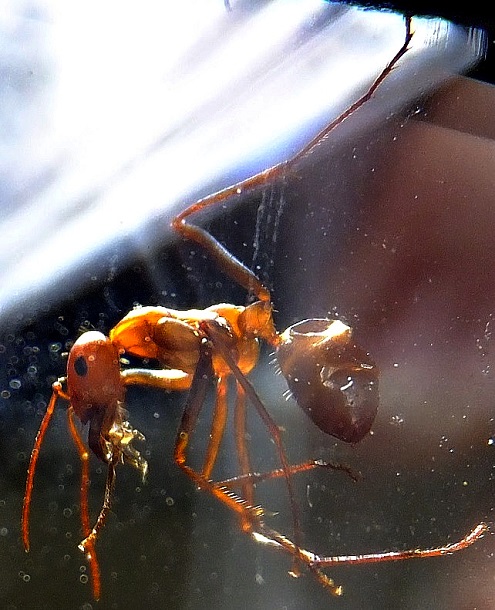 Read more and see the videos on the Ant Hill World forum http://queenant.proboards.com/

The workers bring out the eggs for a warm up on the surface of the soil when the sun hits thier nest. 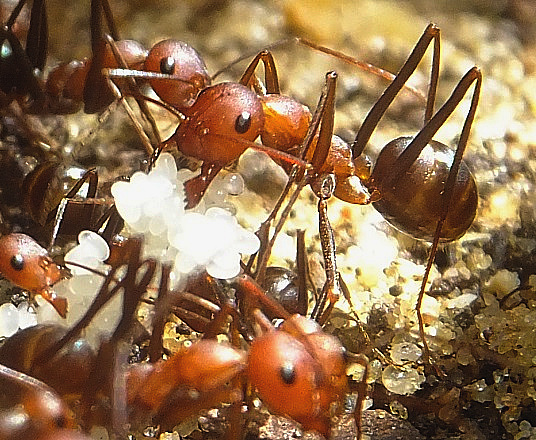 Taken by my wife, these 2 pics show a very large fly being hunted and killed by velox workers. It didn't stand much chance of escape once a large major worker got it in her jaws. 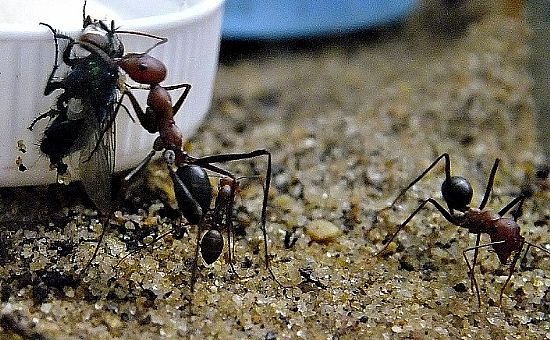 Here you see a worker attacking a meal worm. My colony has 3 queens and about 30 workers at present (August 2014) and my hope is that it will grow larger next year as they are eating well, so the queens should produce lots of eggs. 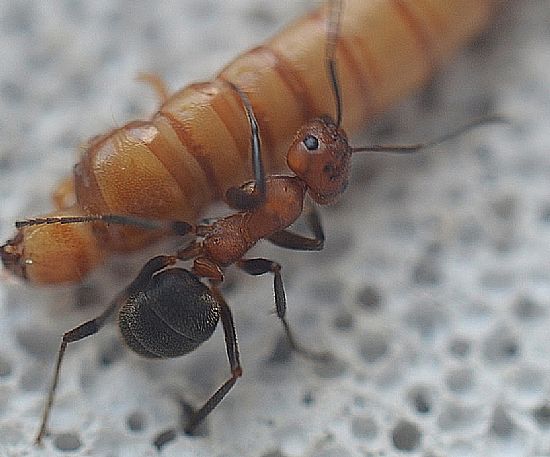 I have a lovely young colony of this ant sent by a seller in Spain. One queen with about 40 workers and a lot of brood. A video of this colony is now on our YouTube channel and I will add photos as I get them. I got my colony in May 2017. Below are photos of this ant species. 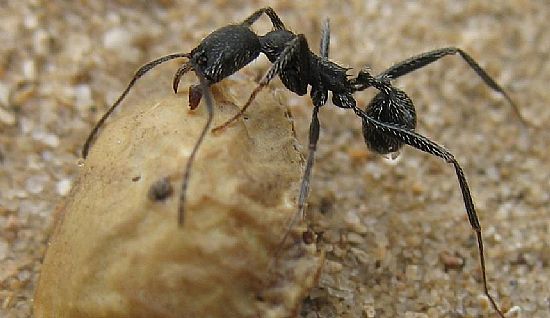 These photos were taken by my wife and are my own colony. 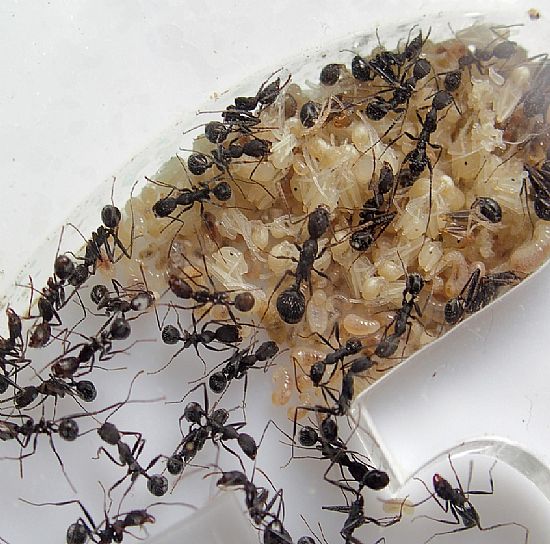 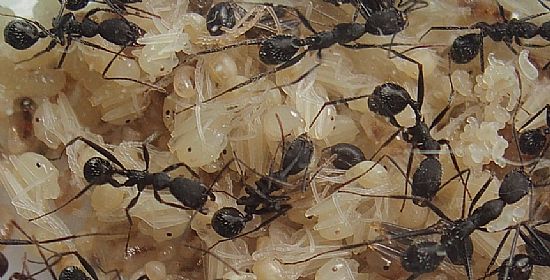